I was a fairly successful flooring contractor in 1980, working long hard physical days, drinking a few beers after work, and living a typical construction worker’s life. Things changed after I was in an automobile accident that left me with eleven fractures in my right leg and a broken hip.

I was back at work as quickly as possible, but the joy was gone. Every motion was a painful experience that required more attention than the tasks that had to deal with in my trade. A coach from the local Junior College suggested that I might come by the gym some morning to observe  a morning fitness class for local residents. 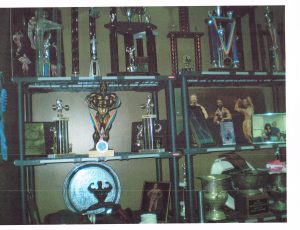 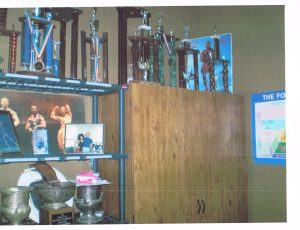 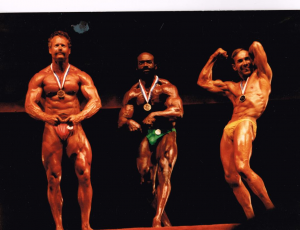 The good looking guy on the right 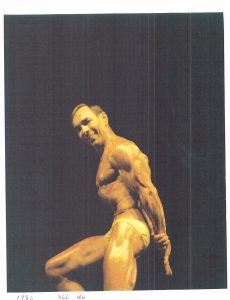 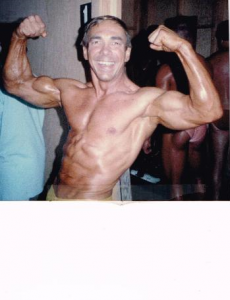 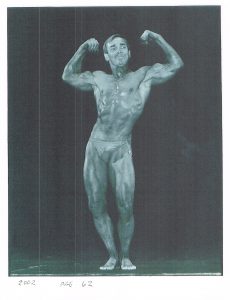 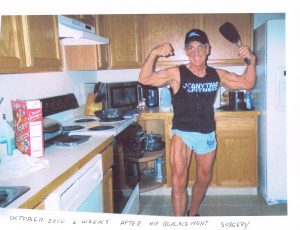 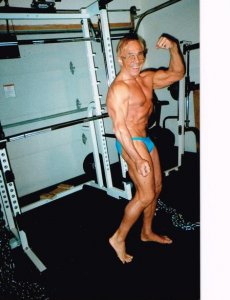 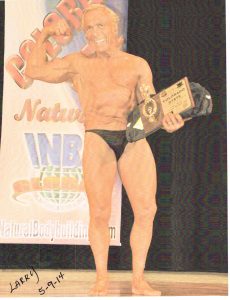 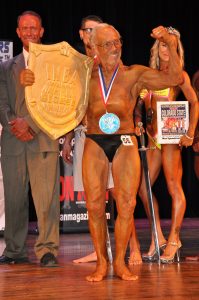 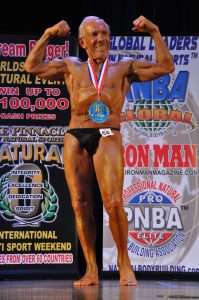 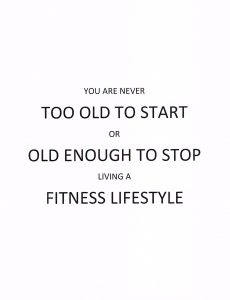 LET’S GET YOU STARTED

On the first morning that I accepted his invitation, He explained and demonstrated  how to perform a seated cable row on a Universal weight machine.  I got into the position to follow his lead and before I completed the first repetition, I knew what I wanted to do for the rest of my life. I have never looked  back since.   Was 43 years old at the time.

I had a building at the time that I kept stocked with rolls of carpet and vinyl flooring and I found myself slowly decreasing my inventory and replacing it with exercise equipment for myself and a few friends. More and more friends were becoming interested and involved in working out, and I don’t really remember exactly when McNutt Home  Interiors morphed into The Bodybuilder’s Workshop, but it did happen.

After three years of training just for pure love of the sport, a few members convinced me to enter a bodybuilding contest just to see if we were doing things right.  I read a few articles regarding posing and dieting and carb depleting  and found a regional competition in Alameda California. Without a real clue what to expect, I entered the 1986 Bay Area Bodybuilding Championships and came home with a third place trophy for Master’s Class Over Forty.  Competition was and is my motivation for maintaining fitness, and I have competed and trophied in at least forty shows since 1986, the most recent being the 2014 Colorado State Natural Bodybuilding Championships for Masters over 60 AND over 70. My next and possibly last contest will be The Natural Bodybuilder World Wide Olympia for Masters over 80 in Las Vegas Nevada in October 2020.

From the first day that I walked into the weight room at Feather River Junior  College until now, I have read, and studied and attended seminars, and experimented  physical fitness and shared that knowledge with any one that had a similar interest, so I guess that I have been a trainer since 1983. In recent years, I decided to credentialise  the title and was able to complete  the qualifications for seven different training categories in the first nine months of a four year course with the International Sport Science Academy, the most prestigious certification group on the planet,  and was able to claim the title of Master Trainer. A Master Trainer, much like a Master Mechanic or Master Electrician or Master Plumber is one who is qualified and authorized to train other trainers in the trade or specialty.

As I expanded my gym, which I moved to Reno Nevada in 1988, I found that a lot of generally accepted equipment designs  were open to massive modification and improvement.  I made several modifications to existing equipment and then began to design and build out my own versions for my gym and for sale to other clubs in Nevada and  Southern California, and more recently Colorado.

In the beginning my main objective was training myself and others for bodybuilding and power lifting competitions which I still do, but more recently my interest is in helping people acquire and maintain fitness for every day activities and training in the safest manner conceivable focusing on flexibility, strength and endurance. These goals are pursued  with strict adherence to proper for, complete range of motion, and striving to accommodate every individual’s God given natural movement through  any given exercise.

At the present time, I am working with Spartan competitors ,cancer survivors, crossfit enthusiasts, skiers, ex-cons working their way back into society, myself , and anyone else interested in a fitness life style.  I still manufacture exercise equipment  of my own design, and am an authorized dealer with several major equipment distributors with a focus on home, garage, and basement gyms. 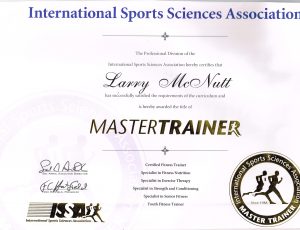 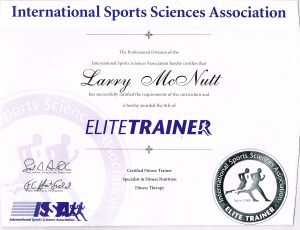 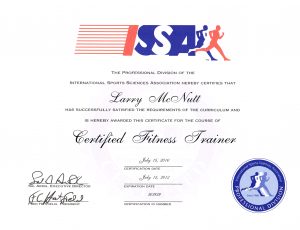 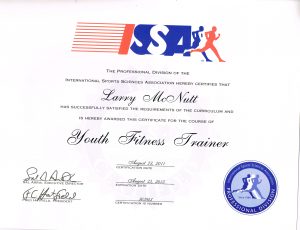 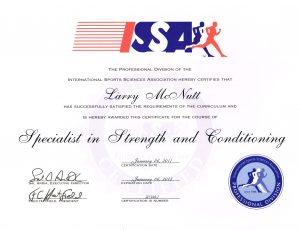 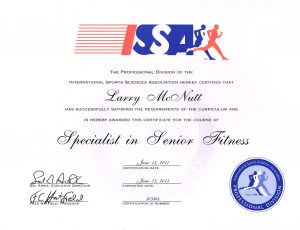 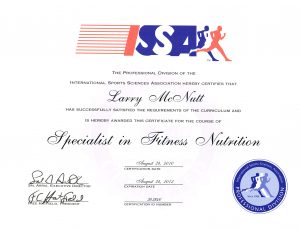 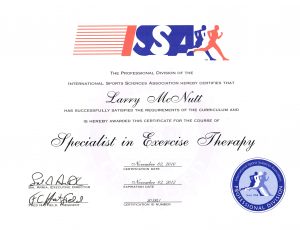 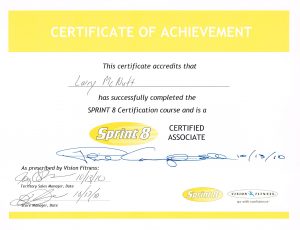 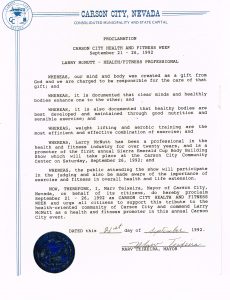 PUKENSVET SERIOUS OLD SCHOOL STRENGTH TRAINING
PUKENSVET…., HOW DID WE EVER GET THAT NAME?

In the late 1970’s a young bodybuilder came to America from Austria and began winning competitions right and left. Many people either could not believe his success was legitimate, or they may have just been jealous. Whatever the reason, one of the main topics surrounding this athlete was whether or not steroid use was part of his rise to fame. When actually confronted by a commentator after winning yet another competition, the question was put to him directly “Sir, we would like to know if you credit the use of anabolic steroids to your amazing success in America?”

Without hesitation this young giant answered with a grin in his broken Austrian-American accent,”Not at all. To become Champion requires very much pukensvet.”

We don’t know what Pukensvet is either, but if that is what is require to succeed, then we’re all in.

When covid-19 brought a shutdown to all of the commercial gyms in the country, the garage/basement/home gym industry was glutted almost overnight by fitness fans everywhere. Dealers, suppliers, and manufacturers are still struggling to fill orders AND rebuild inventories. Many backordered items are sold out even before fabrication begins, and pricing fluctuates almost daily. Check with us regarding current supplies, prices ETA's and backorders, and we will do our best to keep you updated. Thanks and good luck -- Larry

The fitness industry has a constant flow of new products, closeouts, different and combined shipping rates, back orders, etc. that require constant surveillance. We welcome quote requests for all items and shipping rate to all locations. CLICK HERE TO REQUEST QUOTE Dismiss